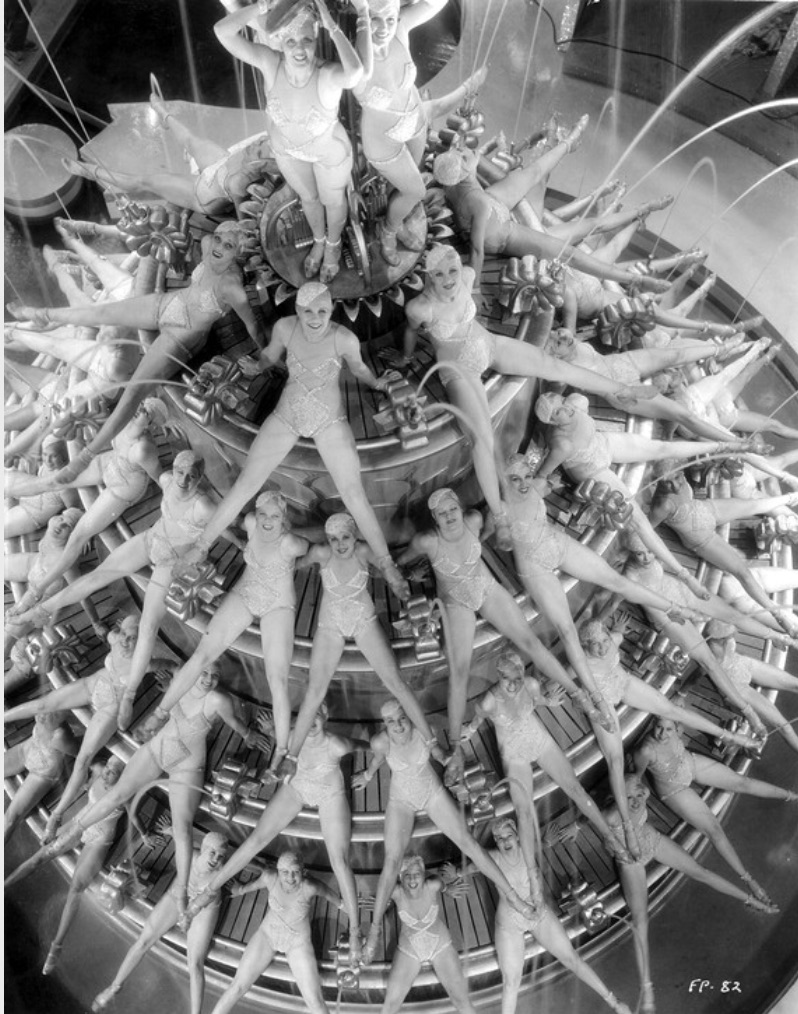 “By a Waterfall,” from the film Footlight Parade (1933) exemplifies the spectacular scale of Busby Berkeley’s production numbers, which created geometric patterns out of female bodies. (FP-82; from the collections of the Wisconsin Center for Film and Theater Research, Madison, Wisconsin.)

Dance director Busby Berkeley (1895-1976) may have had his most critical training in the army. As an entertainment officer in 1917, he gained a reputation for exceptional drill routines. By 1930 he had twenty-one Broadway musicals to his credit and made his film debut: Whoopee, with Eddie Cantor.

Berkeley compensated for what he lacked in formal dance instruction with brilliant visual concepts and meticulous planning.

He took each shot from only one angle and claimed never to require a retake. Berkeley’s stage finale was his role as supervising producer for the 1971 Broadway revival No, No Nanette!, starring Ruby Keeler.

In “I Only Have Eyes for You,” from Dames (1934), Berkeley marshaled elaborate
sets, regimented dancers, and daring camera movements creating surreal effects
in a tribute to his frequent star Ruby Keeler.

Check this link for more of America’s Irreplaceable Dance Treasures